"Of 34 Franco-German Defense Cooperations, 25 have been a success. Welcome to Number 26." 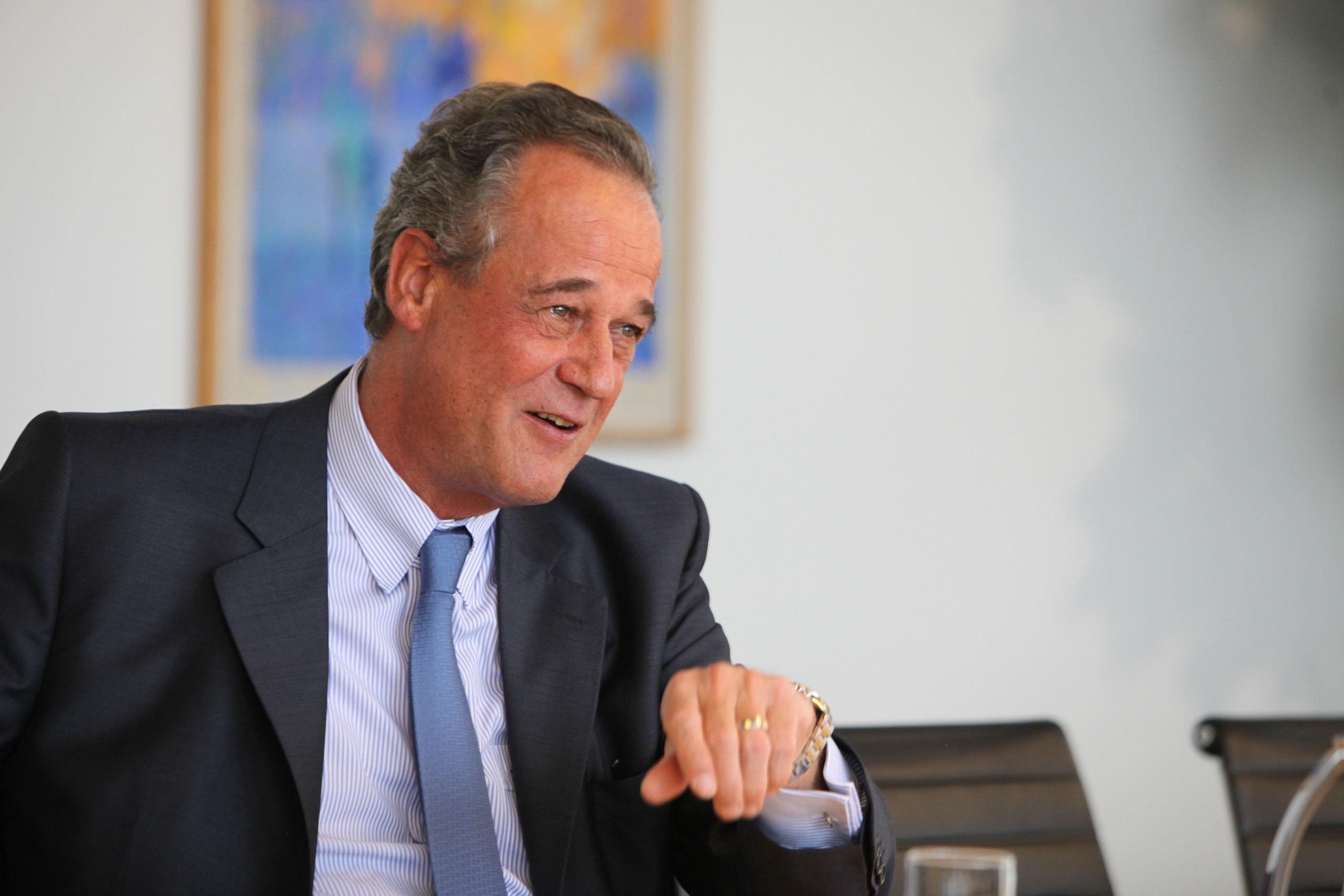 Frank Haun, born in January 1959 in Marburg/Lahn (Germany), joined Krauss-Maffei Wegmann GmbH & Co. KG in 2003 as Member of the Board. In 2006 he became President & CEO and in 2012 as well President of the Management Board of Wegmann Unternehmens-Holding GmbH & Co. KG. Additionally he was also appointed Co-CEO of the German-French joint venture KMW+Nexter Defense Systems N.V. (KNDS) with its Headquarters in Amsterdam in December 2015, followed by his assignation as single CEO of the company in December 2020.

From 1979 - 1986 Frank Haun studied mechanical engineering at the Technical University of Darmstadt (Germany), where he earned a Master’s Degree as Mechanical Engineer (Diplom-Ingenieur).

His professional career began in 1986 at Carl Schenck AG where Frank Haun held various national and international management positions. He started as a Project Engineer, followed by positions such as Director Division Powertrain, President of Schenck Italy (Milano, Italy), Director Sales & Marketing, President of Schenck Pegasus Corporation (Troy/Michigan, USA) and President of Schenck Pegasus GmbH (Darmstadt/Püttlingen, Germany). In 1999 he was appointed Member of the Board of Management and in 2000 President & CEO of Carl Schenck AG (Darmstadt, Germany). Additionally he was appointed Member of the Board of Dürr AG (Zuffenhausen, Germany) in 2001.

Frank Haun is member of the Advisory Board of Commerzbank AG (Frankfurt, Germany) and the trade magazine European Security & Technology (Bonn, Germany). In 2010 he became Member of the Advisory Council of the Munich Security Conference – a unique platform to support the dialogue between all nations and cultures. As a Member of the Board of Directors of the Atlantic Council, Frank Haun is also engaged in the promotion of the transatlantic cooperation and international security.